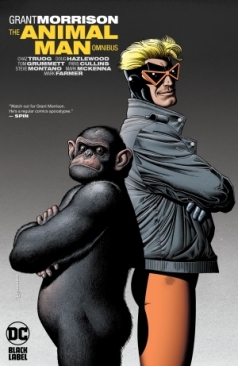 Grant Morrison’s epic run on Animal Man collected in one massive hardcover. Buddy Baker has been experiencing visions of aliens, people transforming into strange pencil-like drawings, and hints of a terrible crisis. As his odyssey of self-discovery gives way to spiritual enlightenment as well as the depths of despair, Buddy meets his maker: a writer named Grant Morrison! Includes Animal Man #1-26 and a tale from Secret Origins #39.