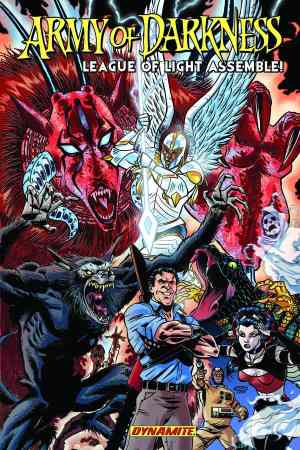 An epic story collected here for the very first time! This is the story of the League of Light, an ambitious closing story arc to the Army of Darkness comic book series! Featuring issues 18-27 of the Army of Darkness comic book series in one volume, written by Mike Raicht and illustrated by Scott Cohn (and featuring art by Dave Simons and Pablo Marcos and a special issue written by Elliott Serrano)! This is the story of Ash at his worst, literally as he is possessed by the Hell's Prophet and his assembled "super-team" must choose between saving their leader... or killing him and ending the curse once and for all! Also includes a complete cover gallery!