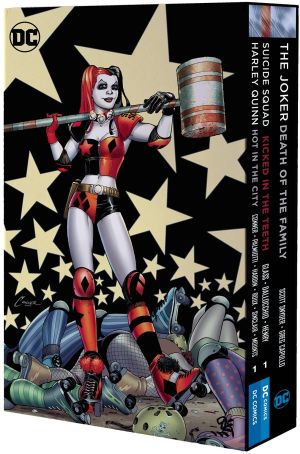 In the past decade, Harley Quinn grew from a fan favorite to a mainstream sensation, and this box set collects three volumes that helped bring the character to new levels of popularity! In Harley Quinn Vol. 1: Hot in the City, witness Harley's big move to Coney Island as she becomes a roller derby queen-all while continuing her criminal career! Then, alongside villains such as Deadshot and King Shark, she's recruited by the government to take on deadly missions in Suicide Squad Vol. 1: Kicked in the Teeth! Plus, Harley is drawn into the madness of the Bat-Family's darkest hour in The Joker: Death of the Family!