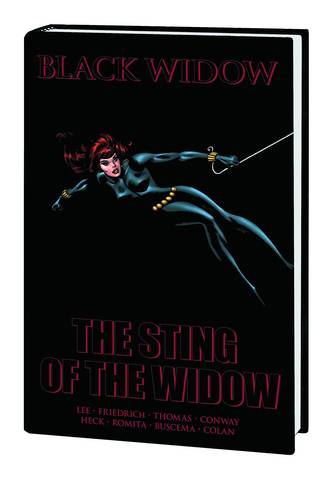 She started as a super-spy and ended up a super-star! After failed endeavors with the Crimson Dynamo, Natasha Romanova ditches her fishnets for a black bodysuit and a solo crime-fighting career against gangsters and terrorists, in rare stories not reprinted in decades! Goliath, formerly the archer known as Hawkeye, wants them to be a costumed couple, but an android matchmaker has other ideas when he manipulates the Black Widow into rescuing Daredevil, the better to use them both! Guest-starring Spider-Man! Collecting TALES OF SUSPENSE #52, AMAZING SPIDER-MAN (1962) #86, AMAZING ADVENTURES (1970) #1-8 and DAREDEVIL (1962) #81.