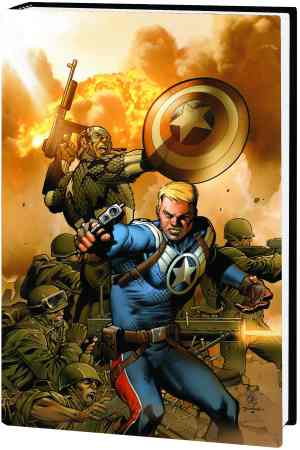 Steve Rogers was America's first Super-Soldier - Captain America - and he's fought for his country since World War II.  Now a face from the past reappears, a woman that cannot be alive because Steve watched her die!  Steve has fought for so long, and lost so much -- is his past coming back to haunt him now?  Or could this be the plot of an old enemy who controls nearly everything he touches, including Steve's mind? From multiple Award-Winning Captain America scribe Ed Brubaker and acclaimed artist Dale Eaglesham comes a book no Cap or Avengers fan will want to miss! Collecting STEVE ROGERS: SUPER-SOLDIER #1-4.