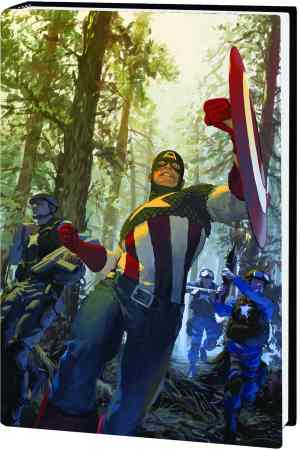 Where has the Captain America from the '50s been the past few months, and what part of our modern world has welcomed him?  And what will Steve and Bucky do when an old enemy tries to become a revolutionary? Plus, Steve Rogers has returned, but Bucky Barnes is the current Captain America, and has come into his own in the role.  Will there be two Captain Americas?  Will Bucky go back to being the Winter Soldier?  What will happen? Collecting CAPTAIN AMERICA #602-605 and WHO WILL WIELD THE SHIELD? ONE-SHOT