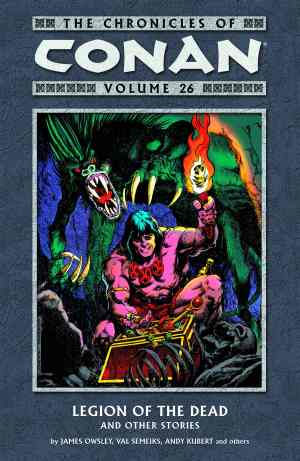 CONAN (CHRONICLES OF) VOL 26 LEGION OF THE DEAD TP

The limitless power of the Elder Gods lives within a child who has fallen under the shroud of the Devourer of Souls. The fate of creation falls to the warrior Conan, who must travel to the underworld and make a pact with an old adversary-the malefic sorcerer Thulsa Doom! Collects Marvel's Conan the Barbarian #199-#205 and Conan the Barbarian Annual #12.