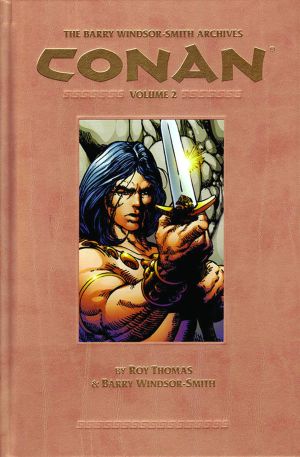 o This volume reprints the second half of Barry Windsor-Smith's run on Conan the Barbarian and includes his adaptation of Robert E. Howard's "Red Nails"!