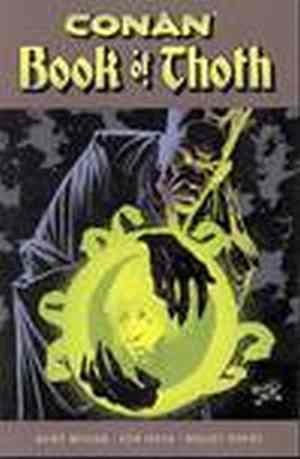 Writers Kurt Busiek and Len Wein, creator of Wolverine and Swamp Thing, team up with the grandmaster of horror art, Kelley Jones, to tell the horrifying origin of Thoth-amon-Conan's greatest adversary!
In the dank alleys of a decaying city, a beggar child conjures visions of a future where, instead of spitting on him in the streets, the rich and privileged cower in fear of his terrible authority.  Through cunning, murderous means, he ingratiates himself into a benevolent priesthood, only to turn the church and the nation itself over to the terrible snake-god, Set!
This essential piece of the Conan mythos reveals the secrets behind the dread sorcerer Thoth-amon for the first time!