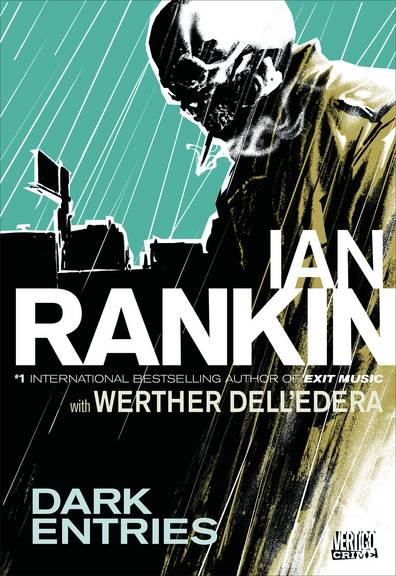 Occult detective John Constantine has seen his share of strange things in his career, but nothing could prepare him for the horrors of...reality television. "Haunted Mansion" is currently the hottest show on tv, but when the macabre house actually starts attacking the contestants, Constantine is hired to be the ultimate mole. Locked inside with a cast of wannabe-celebrities, his every move being monitored by a deadly figure from his past, Constantine must figure out who (or what) is pulling the strings before he gets cancelled-permanently. DARK ENTRIES is a classic locked-room mystery starring HELLBLAZER's John Constantine from Ian Rankin, the #1 international best-selling crime writer best known for his "Inspector Rebus" novels. Rankin has won numerous awards, including the Edgar Award in 2004 and is joined in this graphic novel by Italian artist Werther Dell'Edera, the illustrator of a number of American comics - mostly notably Vertigo's LOVELESS.