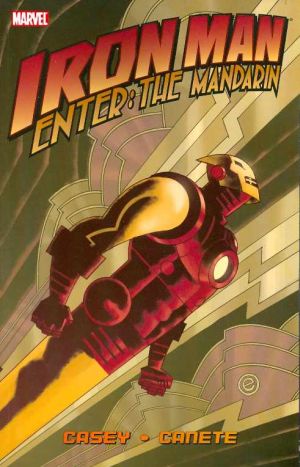 Warming up for movie event of 2008 - find out exactly how Iron Man's deadliest nemesis came to be. A tale from the early days of the Marvel Universe, this saga contains secrets never-before-revealed of the first-ever meeting between the Golden Avenger and the global terrorist known only as the Mandarin! What really happened during that first encounter? Even if you've read the original comics, you only know HALF of the story! Collecting IRON MAN: ENTER THE MANDARIN #1-6.