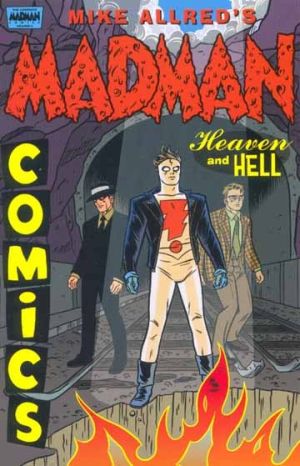 Frank Einstein has never led a normal life - as far as he knows - but lately his topsy-turvy times have been undeniably loony. In this fourth collection chronicling the life of comics' coolest undead guy, Frank goes from holiday giddiness to super-secret paranoia, friends become enemies, and sworn enemies become ... saviors? In this tome of 136 colorful pages, Frank makes amends with a beatnik ghoul, meets Santa Claus, gets his house fixed up, and goes on an unexpected adventure. It turns out fellow undead foes, Mattress and Crept, have gotten themselves in a snag, and it's up to Frank to find out what's up. Mysteries are explained, but there's plenty of confusion to take its place. It's a kooky book - take a look!