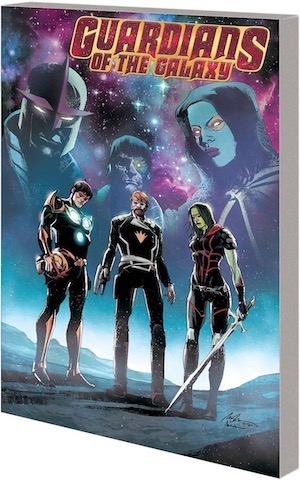 The new age of space is here! In the wake of EMPYRE, the political map of the galaxy is being radically redrawn — and now it's time for a nice, peaceful diplomatic conference. As the ambassador for the Utopian Kree, Marvel Boy makes a solemn promise to be on his best behavior. So how come his fellow diplomats are being murdered one by one — and it looks like he's the killer? Meanwhile, everyone thinks Peter Quill is dead. Instead, he journeys through a mythic world on the other side of reality. But is he still Quill — or is he the legendary Star-Lord? Plus: Knull and his symbiote dragons target Spartax, and the Guardians cannot save it alone! And the Olympian gods return to our universe — but they're taking their exile very personally! Collecting GUARDIANS OF THE GALAXY (2020) #6-12.