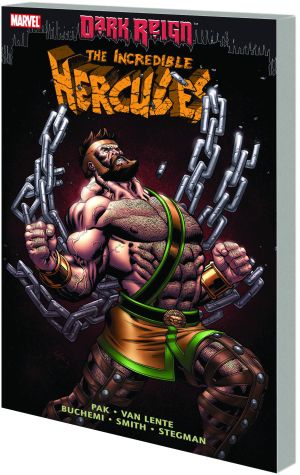 Hercules heads into the heart of darkness! Are you ready for more Marvel action and adventure with the sometimes ill-tempered, often addle-brained, but always lovable Prince of Power, Hercules? First up is a head-on battle with Norman Osborn and his evil Dark Avengers. Next on tap is a trip through the Stygian depths to Tartarus on a bold mission to help Herc's sister, Athena, restore Olympus. And to top it all off, a Marvel milestone for the ages! Forget Wolverine! A classic origin tale is spun as Hercules' ascent from mere mortal to the Olympian heights of godhood is finally revealed! It doesn't matter whether he's in ancient Thebes or living under Norman Osborn's Dark Reign - Hercules is ready to rumble! Collecting INCREDIBLE HERCULES #126-131.