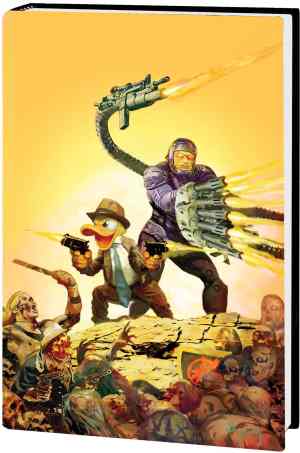 MACHINE MAN IS BACK! Zombies of the multiverse, watch your rotting backs! To obtain a cure for the zombie virus for Morbius the Living Vampire, Aaron Stack, Agent of ARMOR, must traverse alternate realities hunting down the plague in all its myriad forms...with a most unusual (but somehow oddly appropriate) partner! First up: in the Alterniverse known as "The Territory," the Old West never died. But when the greatest gunslingers of Marveldom - Two-Gun Kid, Phantom Rider, Kid Colt, and many others - rise from their graves in Boot Hill, the stage is set for a High Noon showdown with flesh-eating outlaws the likes of which you've never seen! Also featuring a trip to Camelot to battle the original Black Knight! Collecting MARVEL ZOMBIES 5 #1-5.