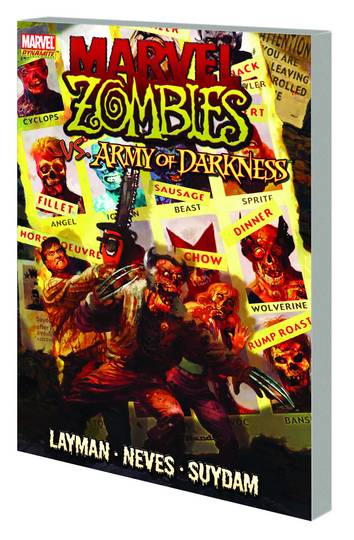 The Marvel Zombies come face-to-face with Dynamite Entertainment's Ash from ARMY OF DARKNESS! Ash has faced legions of the undead before, but never like this...as he lands in the heart of New York just as the Zombie outbreak begins! See how his actions help turn more heroes and villains into Zombies! Under the watchful eye of Marvel Zombie guru Robert Kirkman, Marvel Zombies vs. the Army of Darkness became THE comic event of 2007! Plus: more classic "homage" covers from painter Arthur Suydam! Collecting MARVEL ZOMBIES/ARMY OF DARKNESS #1-5.