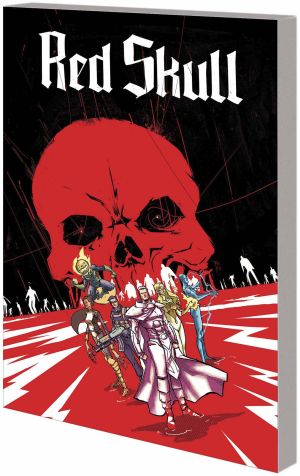 One of Marvel's most vile fiends gets his very own twisted SECRET WARS series! Not for the first time, the Red Skull is presumed dead -- but as his legend grows, a team of villains including Winter Soldier, Magneto and Lady Deathstrike are sent on a dangerous odyssey to make sure. They're heading beyond the Shield, and nobody ever comes back alive from the Deadlands! Yet for one of them, this won't be a suicide mission -- it will be worse! As Marvel Zombies, Ultrons and the Annihilation Wave await, the Red Skull spies a chance at freedom. Plus: A classic showdown between the Red Skull and Magneto, and a major turning point in the Nazi villain's life! Collecting RED SKULL (2015) #1-3, CAPTAIN AMERICA (1968) #367 and CAPTAIN AMERICA (1998) #14.