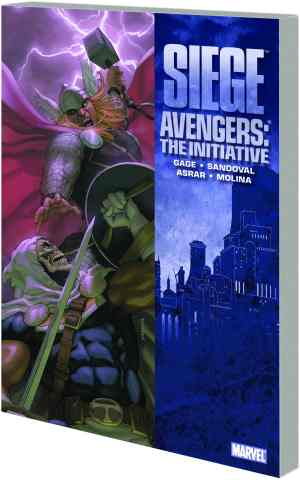 Months of story threads finally weave together as Norman Osborn offers Taskmaster a seat at the Cabal's table...the Avengers Resistance uncovers a horrifying secret...and members of the Initiative are called up for an assault on an enemy of incalculable power! Plus: one of the longest-running plotlines in Avengers: The Initiative is resolved at last! Hardball has become a celebrity hero in Las Vegas, with his true love, Komodo, serving nearby in Arizona. But all the while, he's secretly been in the pocket of the terrorist group Hydra! Now everything comes to a head as Komodo finds out the truth...Senator Woodman's evil plan comes to fruition...and Hardball must choose a side, once and for all! Collecting AVENGERS: THE INITIATIVE #31-35 and AVENGERS: THE INITIATIVE SPECIAL #1.