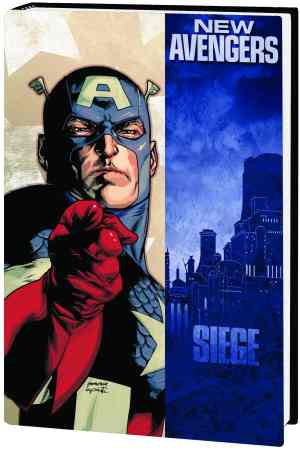 Steve Rogers makes his triumphant return to the Avengers, but is he too late? With the SIEGE on Asgard begun, he must act swiftly, but who can he turn to and trust in a world with Norman Osborn in charge? When the gods fall, what chance does a Super Soldier stand? Also, the ladies of the Avengers ban together to do what they have to do save the team. And in THE LIST, Ronin breaks into Avengers Tower to assassinate Osborn! This volume also includes the shocking conclusion to the landmark NEW AVENGERS series by superstar artist Bryan Hitch. Collecting NEW AVENGERS #61-64, NEW AVENGERS ANNUAL #3, DARK REIGN: THE LIST - NEW AVENGERS and NEW AVENGERS FINALE