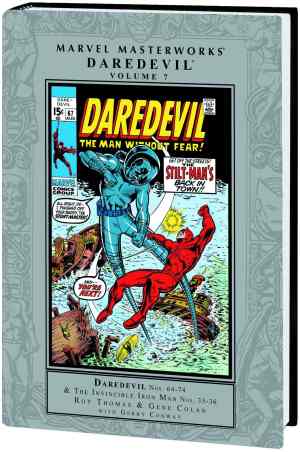 The Man Without Fear heads out to the Left Coast in a quest to earn back the love of Miss Karen Page - and L.A.'s never been stranger! A cast of bizarre and action-packed enemies stands between DD and the woman he loves - including Stunt-Master, Brother Brimstone and the Stilt-Man. Back in the Big Apple, Daredevil teams up with the Black Panther, fights Tagak the Leopard Lord and protects a young boxer under the wing of his father's trainer. Meanwhile, the Tribune attempts to lay down his own justice on the youth movement. And it all leads to a crossover classic as DD joins forces with Iron Man and Nick Fury against Spymaster and the Zodiac! Collecting DAREDEVIL (1964) #64-74 and IRON MAN (1968) #35-36.