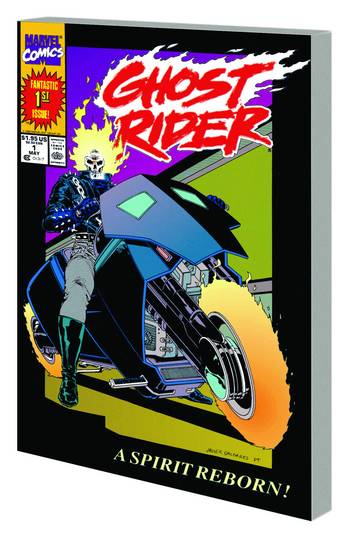 
1990: The debut of Danny Ketch as the Spirit of Vengeance - with menace, misfortune and mystery waiting for him! After an origin whose full implications remain unrevealed to this day, the Ghost Rider goes flaming head-first into a gang war between the Kingpin and his conjuring competitor, Deathwatch! Plus: the bite of Blackout, the menace of Masque's Morlocks and more! The Scarecrow makes his move into horror comics, while Flag-Smasher joins a war effort...to start one! Guest-starring the X-Men and the Punisher! Collecting GHOST RIDER #1-10.