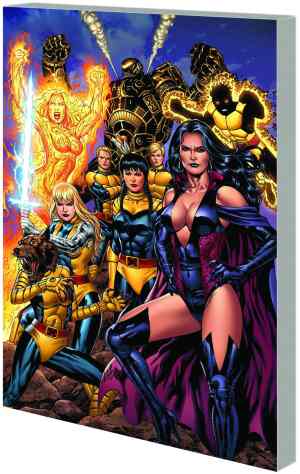 The third generation of Xavier's pupils is back - like you've never seen them! New York Times-bestselling author and X-Men visionary Chris Claremont returns to the young mutant heroes he created to turn their lives upside down! Their headmaster, Magneto, has just joined the Hellfire Club; now, the team faces a threat so terrible they're willing to join forces with the Black Queen, Selene! Aided and abetted by Al Rio on pencils and series co-creator Bob McLeod on inks, Claremont continues his epic run the only way he knows how: spectacularly! Collecting NEW MUTANTS FOREVER #1-5 - plus NEW MUTANTS #53-54, the concluding issues of Claremont's original run.