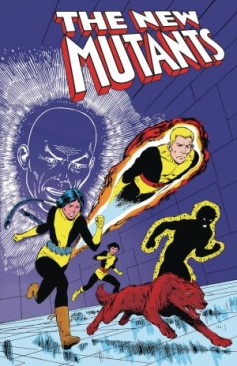 The future of the X-Men is here! Karma. Wolfsbane. Sunspot. Cannonball. Moonstar. Follow their early days at Xavier's School - including battles against Sentinels, the Hellfire Club, the Brood and more! New recruits Magma, Magik and Cypher find their footing; a deadly rivalry begins with Emma Frost's Hellions and the Demon Bear that haunts Dani Moonstar bares his teeth - Bill Sienkiewicz-style! Will the New Mutants survive - and if so, can they make a new friend in the alien Warlock? Plus: The mind-bending debut of Professor X's son, Legion! The unsettling return of a shadow from the past! And the tragic tale that transformed Illyana Rasputin into Magik! Collecting MARVEL GRAPHIC NOVEL #4; NEW MUTANTS (1983) #1-34 and ANNUAL #1; MARVEL TEAM-UP (1972) #100 (A STORY), #149 and ANNUAL #6; UNCANNY X-MEN (1981) #160, #167, #180, #189 and #192 and MAGIK #1-4.