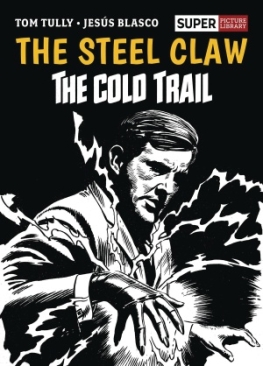 The Steel Claw, Louis Crandell, is assigned by the chief of the Shadow Squad to protect the four most important nuclear scientists as they meet for a secret conference. The assignment goes badly wrong, as the scientists are frozen solid, and their assassin chooses death over arrest The Steel Claw must redeem his reputation and find out who ordered the assassination. This cold war thriller is pure sixties spy adventure story drawn in a graphic noir style by Jesus Blasco.