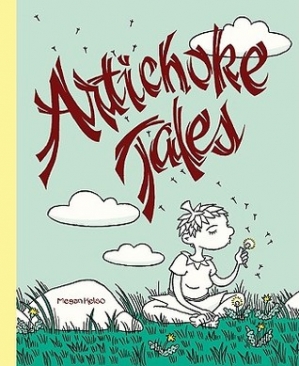 Prior to cartoonist Megan Kelso's long-awaited 2022 release, Who Will Make the Pancakes, Kelso spent six years creating her first long-form graphic novel, 2010's Artichoke Tales. The book, a fantastic family saga spanning three generations and an entire continent, was a critical smash named to many 'Best of 2010' lists. Fantagraphics is proud to bring this perennial classic back in print with a new paperback edition. Artichoke Tales is a coming-of-age story about a young girl named Brigitte whose family is caught between the two warring sides of a civil war. It takes place in a world that echoes our own, but whose people have artichoke leaves instead of hair. Influenced in equal parts by Little House on the Prairie, The Thorn Birds, Dharma Bums, and Cold Mountain, Kelso weaves a moving story about family amidst war. Kelso's visual storytelling uniquely combines delicate linework with rhythmic page compositions, creating a dramatic tension between intimate, ruminative character studies and the unflinching depiction of the consequences of war and carnage, lending cohesion and resonance to a generational epic.