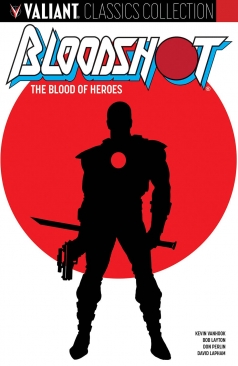 YOU DON'T NEED A PAST TO HAVE A FUTURE Rediscover the series that defined a generation of comic book fans in this first volume of the smash-hit series behind the blockbuster BLOODSHOT movie! Join Valiant icons Kevin VanHook and Don Perlin - along with an all-star cast of comics creators including Bob Layton, David Lapham, David Michelinie, and more - as they dive headlong into the very first adventures of the original man from Rising Spirit! Collecting BLOODSHOT (1993) #0-7, ETERNAL WARRIOR #5, H.A.R.D. CORPS #5, and RAI (1992) #0.