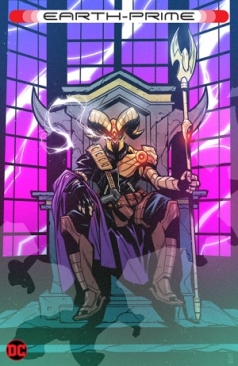 The creative minds behind The CW’s hottest DC superhero shows are bringing their talents and the characters they've made so popular to comic books in a can't-miss event! Set in the CWverse, the series features Ryan Wilder, a.k.a. Batwoman, making her costumed comic book debut, Superman and Lois's first anniversary, the Legends of Tomorrow, Stargirl, the Flash, and more! While each issue focuses on a different series, a threat lurks in the background, out to finally bring these heroes to their knees! Collects Earth-Prime #1-6.