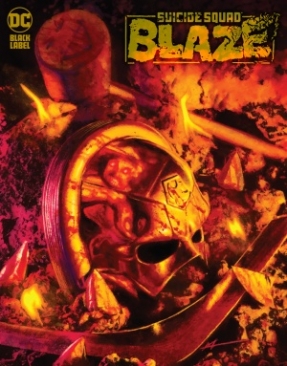 When five ordinary convicts are given incredible powers by the top-secret Blaze program, it falls to Harley Quinn, Peacemaker, Captain Boomerang, and King Shark to keep them on mission as they hunt down a brutal cannibal with all the powers of Superman. But no one on Earth is prepared for the cosmic secret that hides inside that cannibal--and which now hides inside the Squad, too! Collects Suicide Squad: Blaze #1-3.