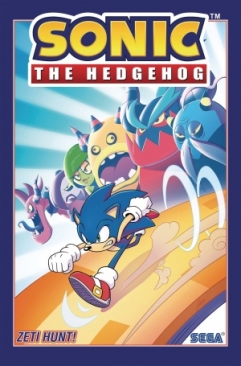 The Deadly Six are back for revenge and their first targets are Sonic's friends in the Restoration! Zavok, leader of the Deadly Six, is angrier than ever and wants to reunite his minions. Jewel has called on Sonic, Tails, and the Chaotix for help, but will they be able to stop the Zeti before they launch an all-out assault on Restoration HQ? Plus, Belle's got her own intruder to deal with, but it turns out they're here to steal her! Sonic's going to have to move quickly to stop all the mayhem. Collects issues #41-44.