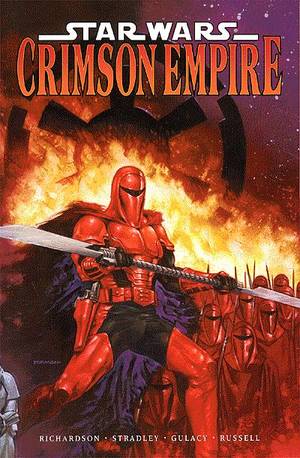 Kir Kanos is the last surviving member of the elite Imperial Guard. He's on the run -- and the Empire will stop at nothing to destroy him! It's the combined might of the Empire against a single man. Crimson Empire combines the dynamic artistic talents of comics superstars Paul Gulacy (Batman vs. Predator III) and P. Craig Russell (Elric: Stormbringer) and featuring a new cover painting by master Star Wars illustrator Dave Dorman.