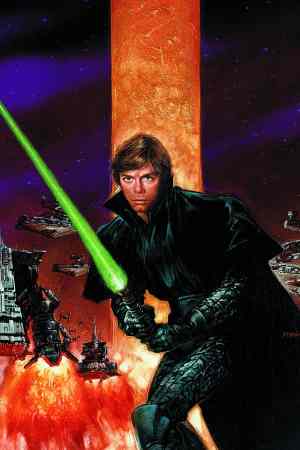 Six years after the fall of the Empire in Return of the Jedi, the battle for the galaxy's freedom rages on. The Empire has been mysteriously reborn under an unknown leader, wielding a new weapon of great power. Princess Leia and Han Solo struggle to hold together the New Republic while the galaxy's savior, Luke Skywalker, fights an inner battle as he is drawn to the dark side, just as his father . . .