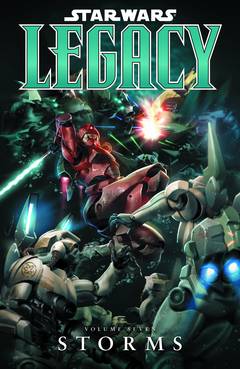 A shake-up in the Sith leadership has made the galaxy a worse place, not a better one. On the planet of Dac, the Mon Calamari are still feeling the wrath of Darth Krayt-their punishment for betraying the Sith Empire. Meanwhile, a victory has turned sour-and possibly deadly-for Cade Skywalker and his companions. And the Galactic Alliance comes closer to forming an alliance with deposed Emperor Roan Fel's forces against their mutual enemy. Now, if they can just agree on who that enemy is . . .