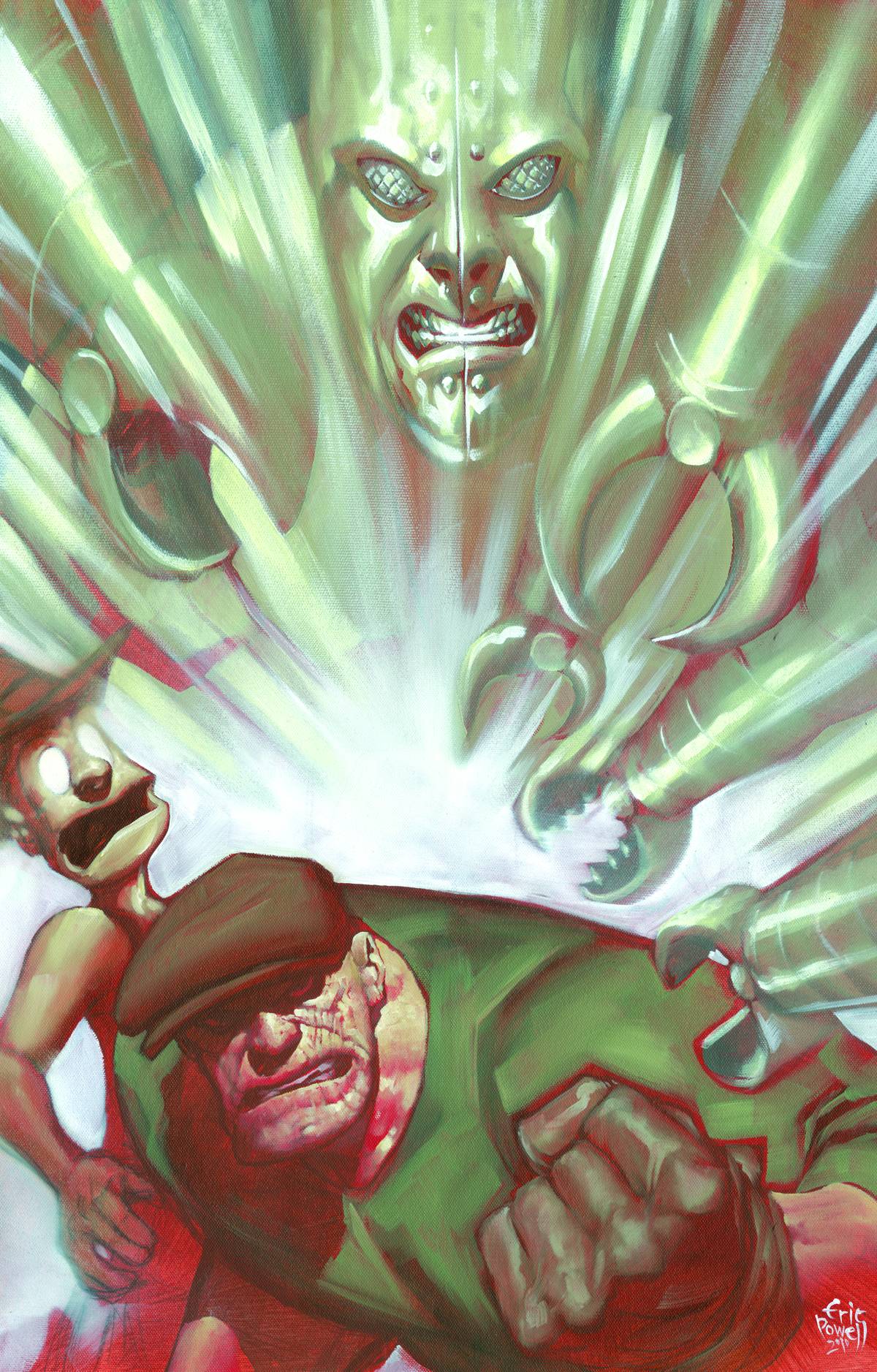 GOON VOL 04 MY VIRTUE AND THE GRIM CONSEQUENCES THEREOF TP

Giant man-eating eyeballs from another dimension, mad scientists, rampaging killer robots, and the Ghost of Christmas Past-nothing out of the ordinary in the world of the Goon. Come take a traipse down Lonely Street with Goon and his pals as they defend their burg from all manner of monstrous disasters and ghouls in The Goon: Virtue and the Grim Consequences Thereof. This volume collects five magically dark and delightfully hilarious tales of chaos and daring-do, following the exploits of the man known only as The Goon as he fights his way through a horde of killer robots and even creatures from another dimension to help save his sometimes friend and ally Dr. Hieronymous Alloy from a mysterious disease. But there are plenty of bumps along the way, ultimately landing the Goon in Cade's Island Penitentiary, proving once more that no good deed goes unpunished. Collecting issues #9-#13 of the bimonthly Goon serieis.