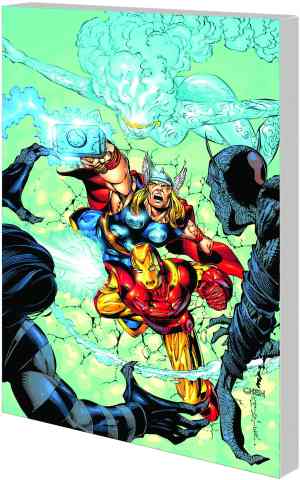 The writer who remade Thor for the 21st century continues the buildup in the "Eighth Day" event! Asgard's in shambles, Odin's not who he seems, and Enrakt the Enchanter has been following the thunder god far more closely than suspected! Thor also faces earthly foes in the Absorbing Man, Titania and the unstoppable Juggernaut...who GETS stopped by seven similar superhumans who want him as one of the new gods on the block! Plus: subplots galore! Guest-starring Spider-Man, Iron Man and Professor X! Collecting THOR #14-17, IRON MAN #21-22, PETER PARKER: SPIDER-MAN #11, and JUGGERNAUT: THE EIGHTH DAY.