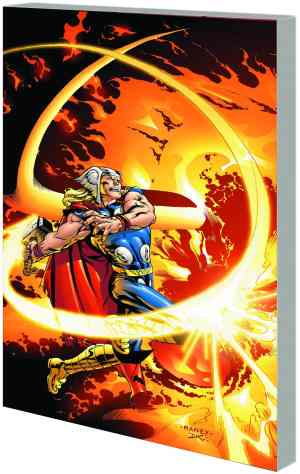 An ancient enemy walks the world of Midgard, known to us as Earth. Victory comes at a terrible price - one that will alter forever the very hierarchy of the gods - and thrust the son of Odin into a new and perilous role: Lord of Asgard! Collecting THOR (1998) #36-43 and THOR ANNUAL 2001.