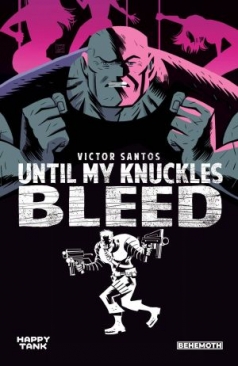 UNTIL MY KNUCKLES BLEED VOL 01 TP

A tale of crime and capes in the style of THE BOYS, WATCHMEN, and SIN CITY. The 90s were the most extreme age of the superheroes... but times have since changed. Gabin Hart, AKA Damager, now works as a bouncer in a strip club managed by the Russian mob, hangs out sporadically with his ex Avengelady, and wrestles with the long-term effects of his cyber-implants. But Fate always keeps one last cheap shot up its sleeve for a hero