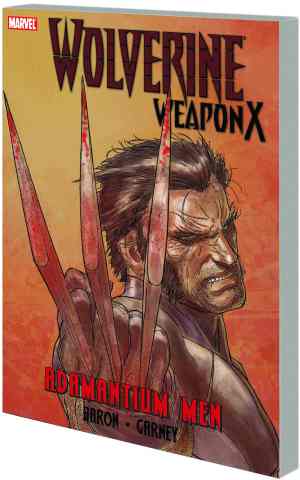 Catching up with the past. Years ago, Wolverine was subjected to a battery of tests, procedures and experiments by the shadowy government program known as Weapon X. Seeking to create the perfect killing machine, the scientists added an unbreakable metal skeleton to the razor-sharp bone-claws and miraculous healing ability their guinea pig already possessed. Now, having spent a lifetime trying to distance himself from his murderous past, Wolverine learns the procedures perfected on him have fallen into the hands of a private military contractor that has utilized the Weapon X technology to enhance their team of corporate mercenaries. Investigating the new experiments, Wolverine quickly learns he may be in over his head. While the X-Man was more than prepared to fight a group of ruthless mercenaries, he didn't count on them all possessing his powers - right down to the claws and healing factor! Collecting WOLVERINE: WEAPON X #1-5 and "A Day in the Life" from WOLVERINE #73-74.