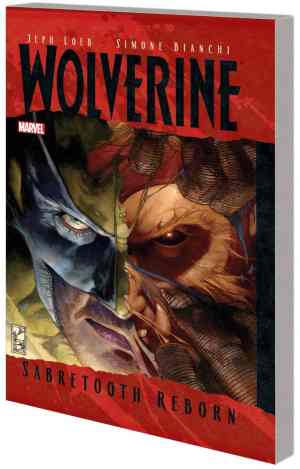 Wolverine's arch enemy - the savage Sabretooth - is back from the dead! But how did he survive his beheading all those years ago? As the immortal manipulator Romulus returns from the ebon folds of the Darkforce Dimension, a mysterious red-headed woman comes to Wolverine's rescue - and when her identity and connection to Romulus are revealed, secrets will be revealed that rewrite Wolverine's history once again! And can Wolverine survive an army of Sabretooths? Eisner Award-winning writer Jeph Loeb (Hulk, Avengers: X-Sanction) joins superstar artist Simone Bianchi in a tale of revenge, terror and blood! Collecting WOLVERINE (1988) #310-313.