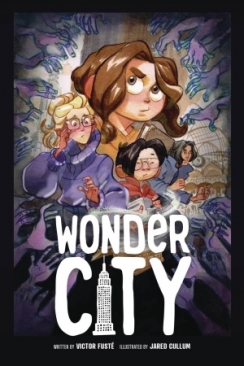 Wonder City tells the story of two combative teenage sisters coping with the sudden loss of their father in New York City, 1984. As the mysteries surrounding their father's untimely demise start to pile up and veer toward the supernatural, the Riley sisters must confront the terrible truth about their tension fraught relationship before the past literally rises from the dead. Taking cues from The Goonies, Indiana Jones, and Stranger Things, Wonder City captures the joyous, adventurous tones of Amblin era 1980s films in a love letter to the can-do attitude of young teenagers with guts beyond their years and an independent streak longer than their common sense.