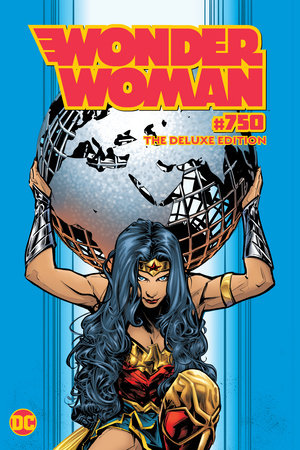 The landmark 750th issue of Wonder Woman is collected in a new Deluxe Edition hardcover! Longtime favorites and acclaimed new voices unite to give Diana, Princess of Themyscira, the anniversary volume she deserves. In the lead story, Wonder Woman's epic "Year of the Villain" battle comes to a close, leading the way to new challenges ahead. Plus, this gem tells tales from Diana's past, present, and future by some of the greatest storytellers in the business-including Colleen Doran, Mariko Tamaki, and Kami Garcia, and legendary creators returning to the character, such as Gail Simone and Greg Rucka! Includes variant covers and more!