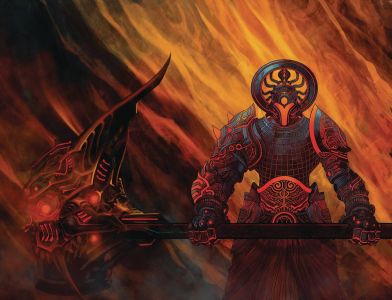 From legendary creator Grant Morrison (Avatarex, All Star Superman, Batman & Robin,  The  Invisibles) comes  the  fourth  volume  in  his  epic  creation,  18  Days! The  battlefield  grows  deadlier  as  we  explore  how  the  war has  affected  the  next generation  through  the  eyes  of  Arjuna's  son,  Abhimanyu.  Follow  the  young warrior's epic adventure as he learns about the consequences of war while being hunted by Emperor Duryodhana's deadliest assassins!