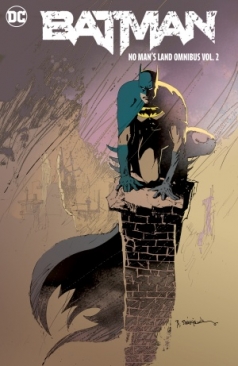 Months after a massive earthquake cut off Gotham City from the rest of the United States, Batman and his allies are still struggling to maintain law and order. When an unlikely savior arrives offering to help rebuild Gotham, their assistance might come at a grave cost. The epic conclusion to Gotham’s darkest hour includes all of the crossover issues from one of the biggest story events in DC Comics history. Contains: Batman: Legends of the Dark Knight #122-126; Azrael: Agent of the Bat #58-61; Batman #569-574; Batman: Shadow of the Bat #89-94; Detective Comics #736-741; Catwoman #75-77; Robin #68-73; The Batman Chronicles #18; Nightwing #38-39; Batman No Man's Land #0 #0; Batman: No Man's Land Secret Files #1