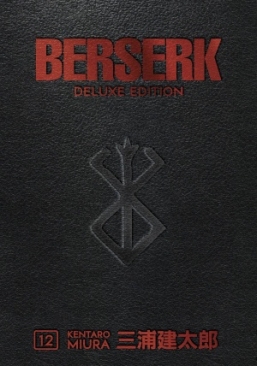 Griffith's new Band of the Hawk assume their unholy forms to battle the monstrous Kushan emperor and his horde of demons, leaving the terrified Midland citizenry to wonder if their rescuers are another horrific curse. Meanwhile, Guts and his companions seek refuge on a small island that is not the safe haven they'd hoped for-it's a sinister place watched over by an ancient, vengeful god whose power is about to be unleashed! Collects Berserk volumes 34-36, including three fold-out color posters.