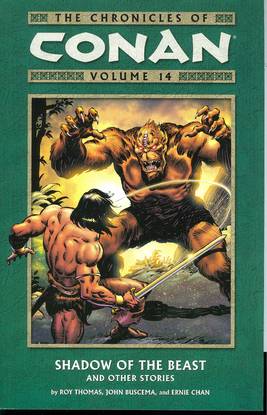 
Conan faces his most arduous adventure yet as he matches his wits and brawn against the very forces of nature itself-no small task, even for a man who's done battle with wizards, otherworldly beasts, and ancient gods. But will the strength of steel really be enough against such powers? All this plus the tenth anniversary story by Roy Thomas and John Buscema, this volume marks the end of an era-collecting the final issues of Roy Thomas's celebrated run on Conan the Barbarian. Featuring completely re-mastered color, this volume is a must for fans of classic sword and sorcery!