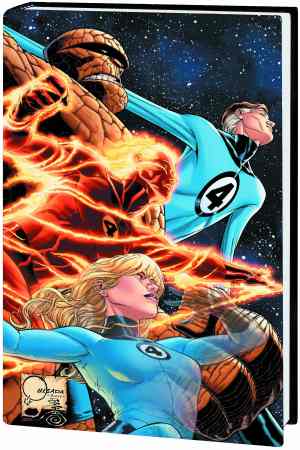 THIS IS IT! The epic conclusion of Jonathan Hickman's three-year story! It's the Kree Empire vs. the Negative Zone's fearsome Annihilation Wave - with Earth's heroes caught in the middle! And if that weren't enough, Galactus arrives to judge the world! As the Future Foundation makes its return, Galactus takes on the Celestials, and the Fantastic Four make their final stand. Finally, it's Clobberin' Time! Collecting FANTASTIC FOUR (1961) #600-604.