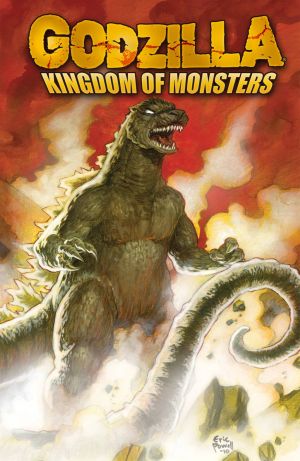 The King of the Monsters rises again, and he's bringing lots of other beloved Toho monsters with him in one destructive saga! When Godzilla appears off the coast of Japan, the Japanese government must respond quickly to contain the disaster... but before long, other monsters begin appearing all over the world. Can humanity survive this mysterious onslaught of giant beasts? Featuring Anguirus, Battra, Destroyah, Gigan, Hedorah, King Ghidorah, Kumonga, Mechagodzilla, Mothra, Rodan, Spacegodzilla, and Titanosaurus. Collects the entire 12-issue series for the first time.