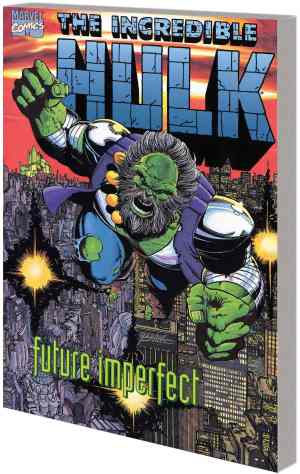 The Hulk has seen the future...and it is murder. Beloved Hulk writer Peter David brings readers two classic dystopian tales of earth-shaking impact. Both stories find the Hulk at the end of the Earth - and at the end of his rope! In "Future Imperfect," the Hulk is the last super power in a post-apocalyptic Earth, ruling with an iron fist as the wicked Maestro. But summoned from the past by a small band of rebels is perhaps the only being who can stand against him! And in "The End," the green-skinned titan walks alone through a wasted and barren land - and must confront the one who is easily his ultimate nemesis! These two tales of the end times surely rank among the classics in Marvel history! Collecting HULK: FUTURE IMPERFECT #1-2 and INCREDIBLE HULK: THE END.