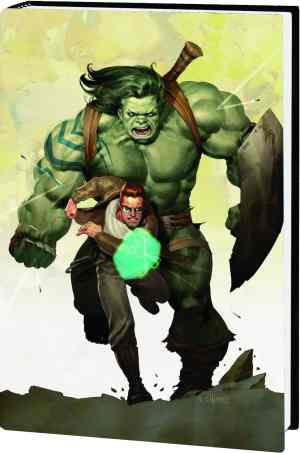 Get ready for Bruce Banner as you've never seen him, the Son of Hulk in a whole new world of smash, and an insane new adventure that changes everything for everyone's favorite Green Goliath! X marks the spot as the most insane father and son duo in the Marvel Universe take on one of the Green Goliath's most formidable adversaries. That's right, it's the JUGGERNAUT, bi--bi--boys and girls! Featuring artwork by superstar Ariel Olivetti. Collecting INCREDIBLE HULK
#601-605.