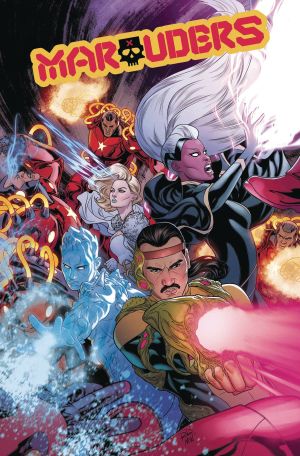 A life on the ocean waves! As Verendi's plans against Krakoa grow, Captain Kate Pryde and her seafaring Marauders find themselves missing something vital - and it's about to cause Storm and Emma Frost to come to blows! Meanwhile, a very small attack on the new mutant nation is quickly growing into something much bigger thanks to the size-changing Yellowjacket! Can the crew swat him before his sting succeeds? To prevail, the Marauders must set their sights on the power-dampening technology that seems to have made its way into far too many human hands - most notably, the Russian Army. The Hellfire Trading Company's wrath will be swift and harsh! But tragedy is about to strike - and soon, all of Krakoa will be reeling from an unthinkable, and perhaps insurmountable, death! Collecting MARAUDERS #7-11.