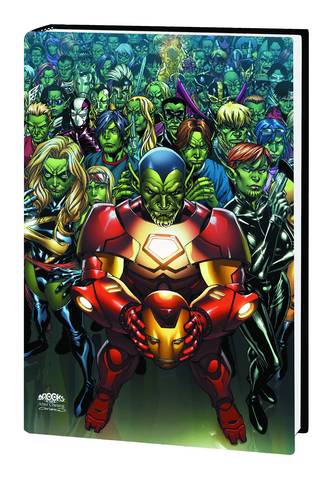 
"We Have Met the Enemy and He Is Us!" During the INFILTRATION, a Skrull at the heart of Camp Hammond said these words: "It won't be long until we have a Skrull in every state!" Now that Skrull stands revealed and the fate of The Initiative, the United States, and Planet Earth hang in the balance. Plus, former Avenger, Delroy Garret, assumes the mantle and arsenal of Earth's greatest Skrull-Hunter, THE 3-D MAN. Collecting AVENGERS: THE INITIATIVE #14-19.